During the planning process of my pre-uni road trip the possibility of attending a couple of concerts came up. The thinking was that this is my chance to see a concert in the USA and when would I get the chance to do it again?!

So, I booked tickets to two concerts. The first was Counting Crows supported by +Live+ and the other was Five Finger Death Punch supported by Breaking Benjamin, I know, I have eclectic taste in music.

On Sunday 5th August I went to the PNC Music Pavilion in Charlotte to watch +Live+. I have been a fan of +Live+ for over 20 years and have seen them live many times in Australia and one in the UK.

I am not a fan of Counting Crows so I only stayed for a couple of their songs before I left. They were too mellow after +Live+ rocked out. The sun was out and burning, even a seat undercover did not help.

Live were awesome as always but the main downside is that as they were only a support band, Counting Crow fans were in an out of their seats and standing around talking blocking the view of +Live+ fans who were there for the show. Note to self, never again. Only go to a show where you actually want to see the headline act. 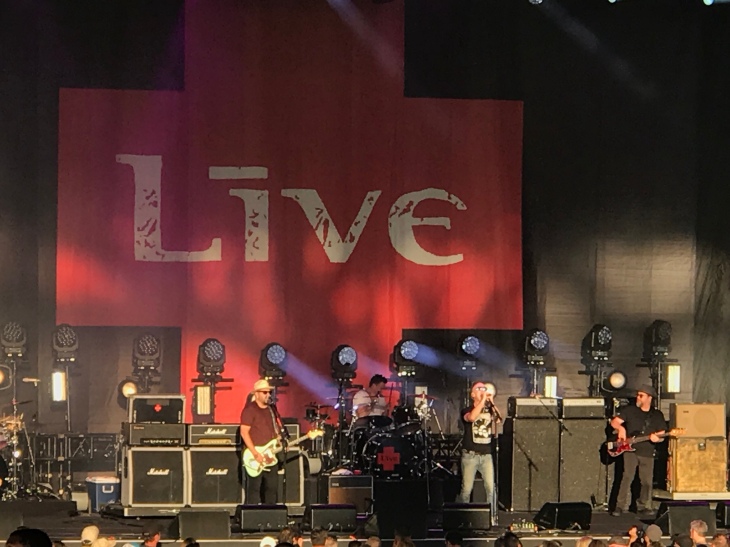 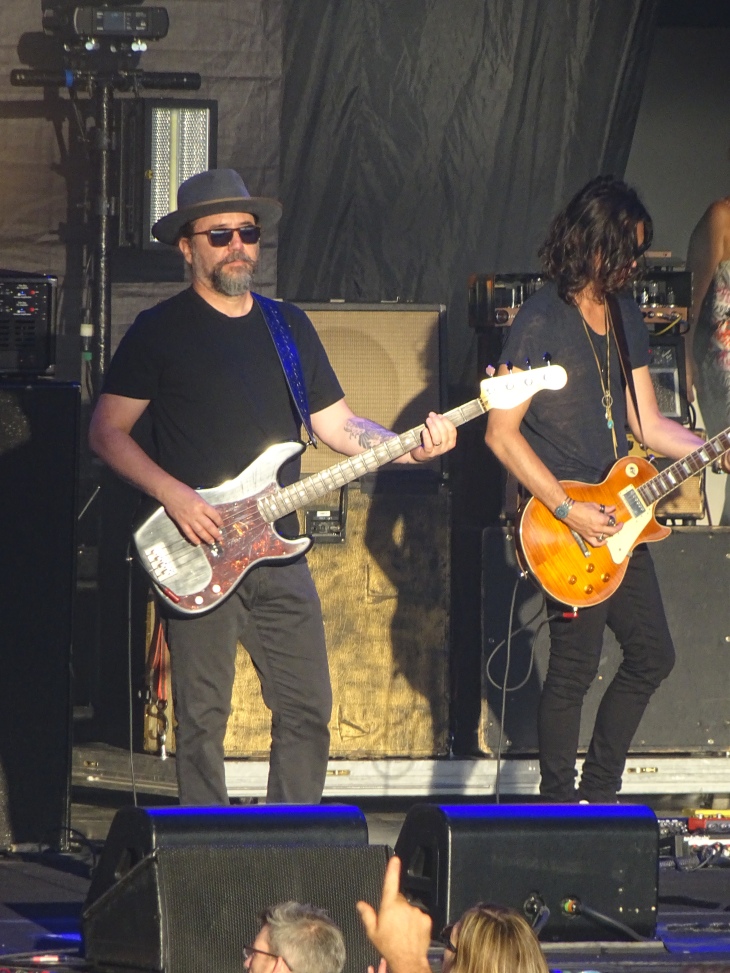 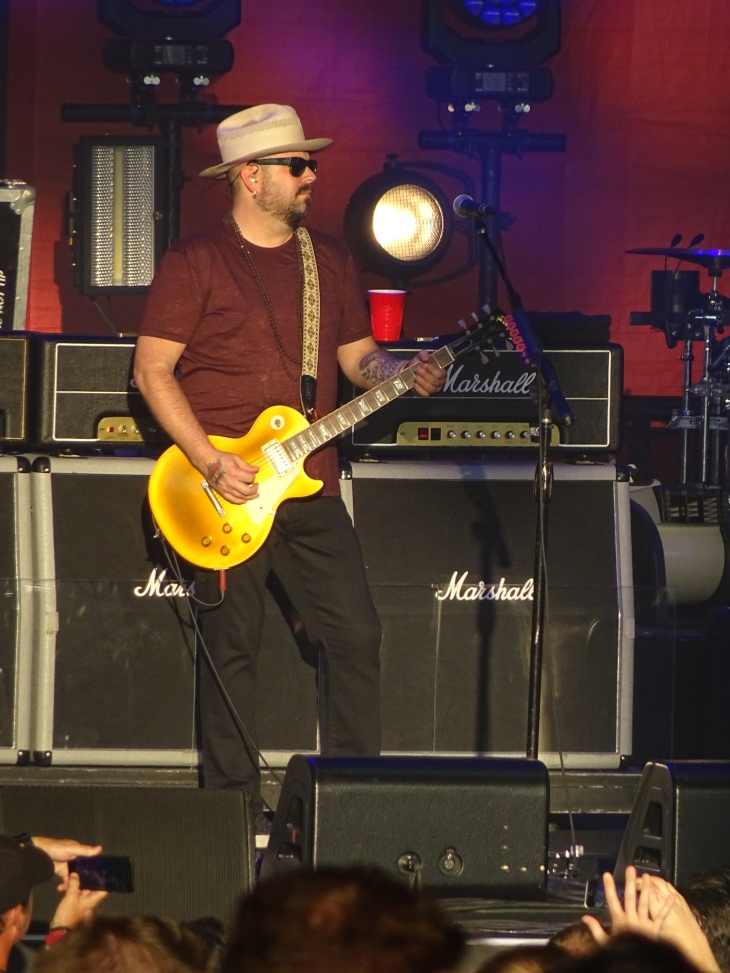 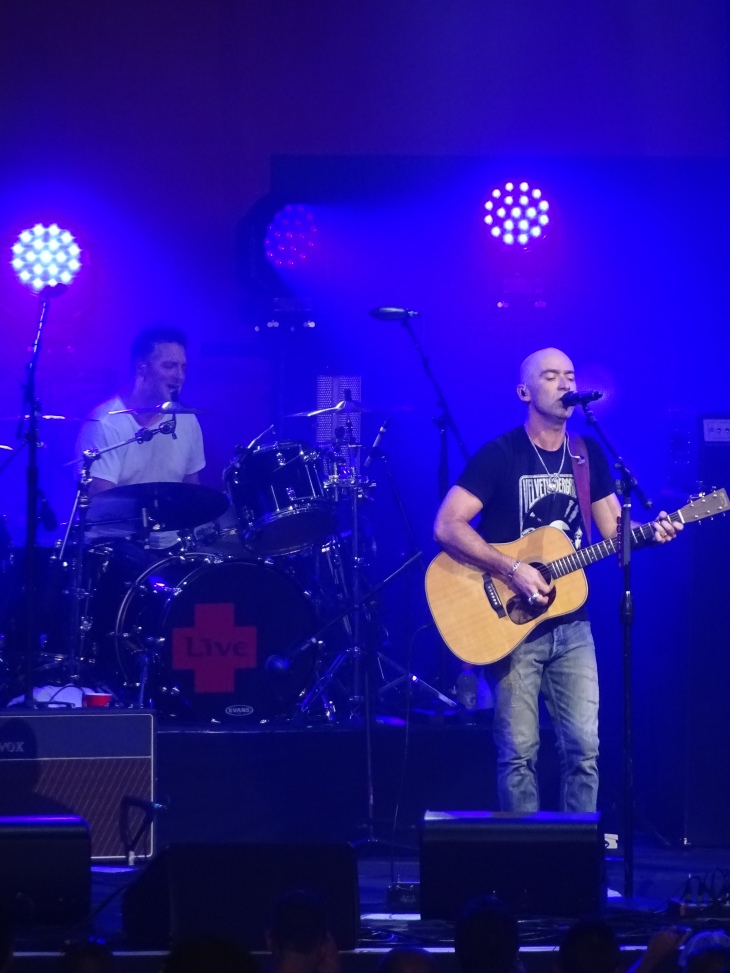 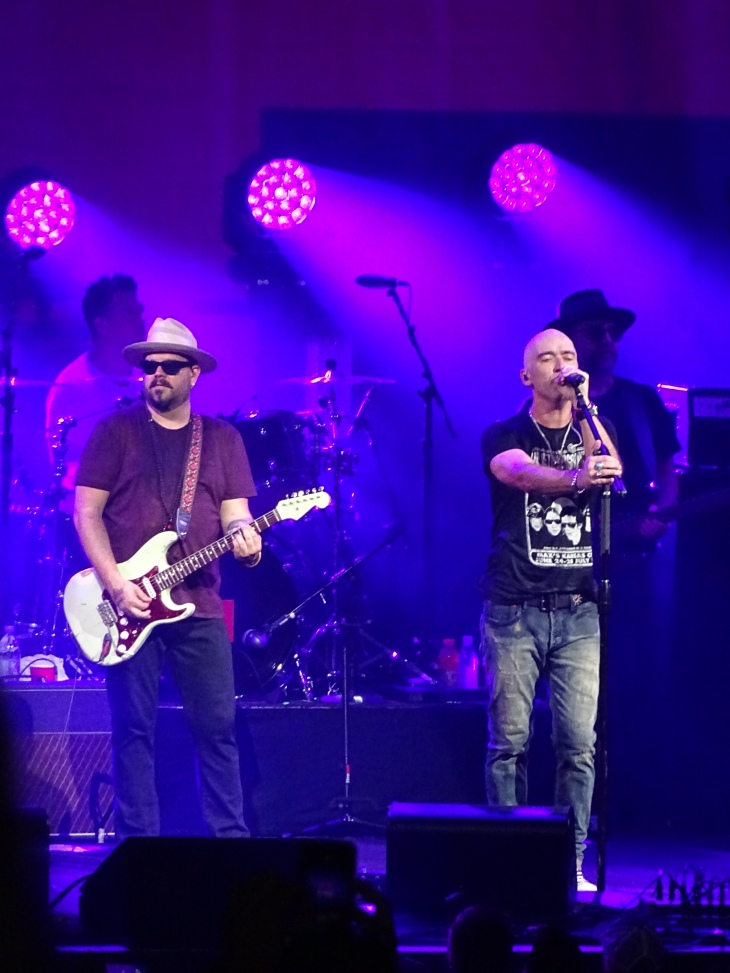 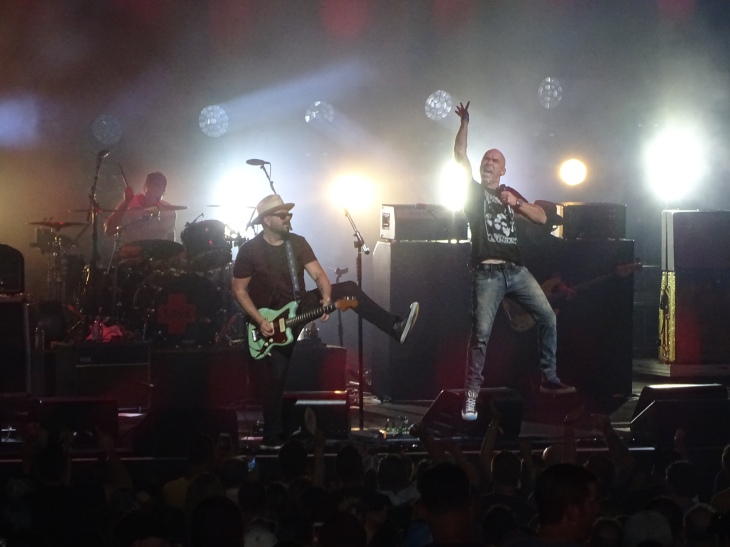 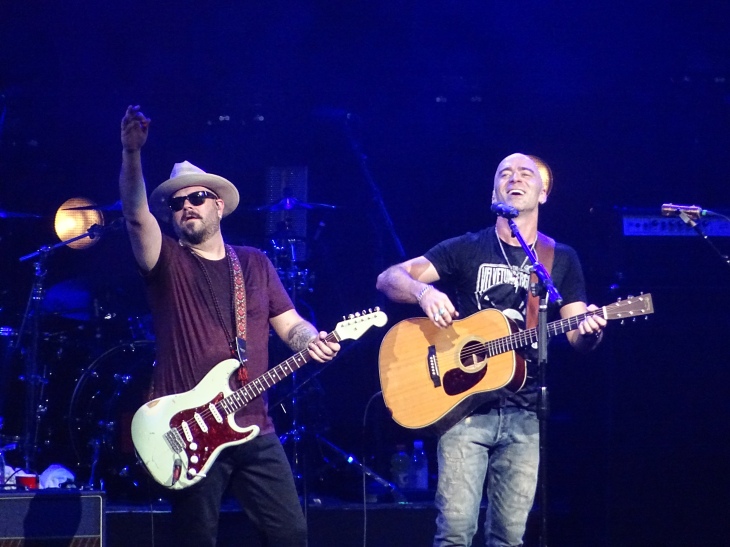 Next up was Five Finger Death Punch and Breaking Benjamin in Greenville South Carolina at the Heritage Park Amphitheatre on Thursday 9th August.

The day started out well, I arrived early to check it all out when I found out my seat didn’t exist. Apparently, if they don’t sell enough tickets they will not put out the last rows  of seating and redistribute those ticket holders to empty seats. This meant I went from a full frontal view to a side view, this I was not happy about.

Then out of nowhere came Ivan Moody surrounded by a small crowd. Ivan is the front man for Five Finger Death Punch. It was hot, he was sweating but he was signing autographs, posing for photos and meeting fans. The line continued to grow and he kept going, even heading over to the accessible seating to meet fans in wheelchairs. Seriously this guy is the nicest most genuine guy in rock!

I did get a photo and had my ticket signed. FFDP hope to come back to Oz and Ivan is still wondering why he was kicked out last time. I really hope they come to Oz soon. 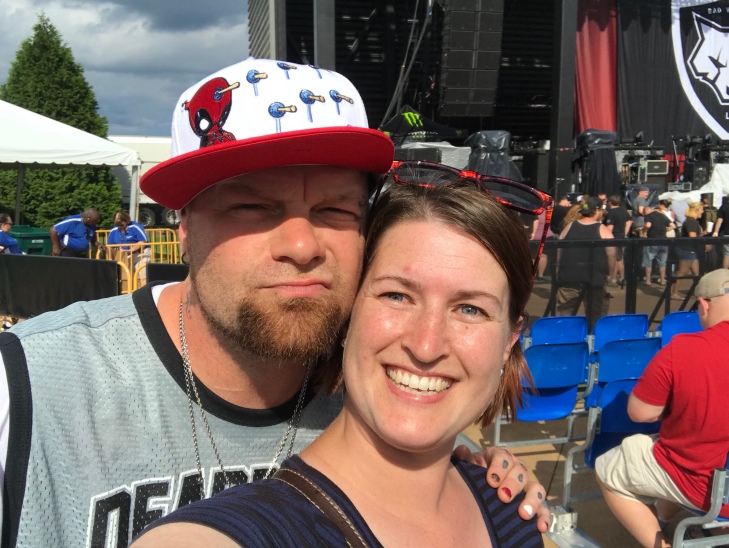 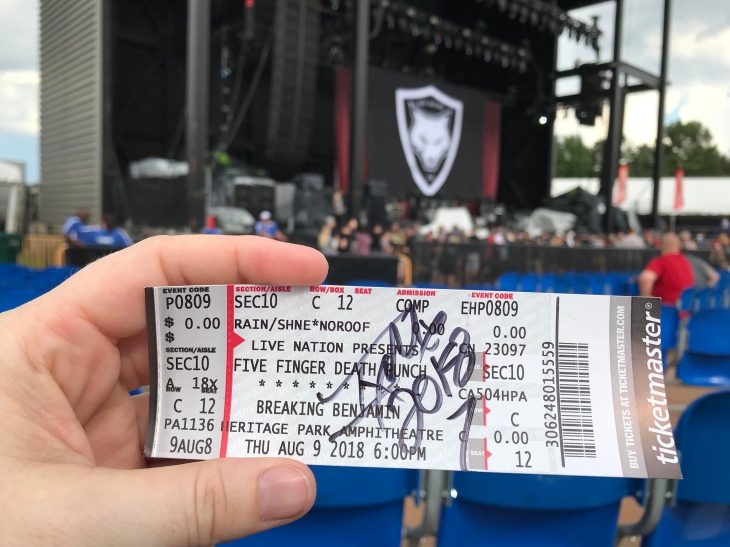 Another nice surprise was that Bad Wolves were added as a support band. The big song for Bad Wolves right now is their cover of the Zombie by the Cranberries, it is a really great cover.

20 minutes before Bad Wolves were due to start an announcement was made that a thunder storm was approaching and we had to return to our cars for approximately 45 minutes until the storm passed. At this stage Ivan was still meeting with fans, seriously nice guy.

After the deluge of rain the masses returned to the gate but by this time Bad Wolves had been cancelled. By the time the weather had eased up enough to start the gig, the other support band was also cancelled.

It took two and a half hours before Breaking Benjamin finally took to the stage at 8.30pm. They played their hour long set in the rain with lightning overhead and it was a fun time. 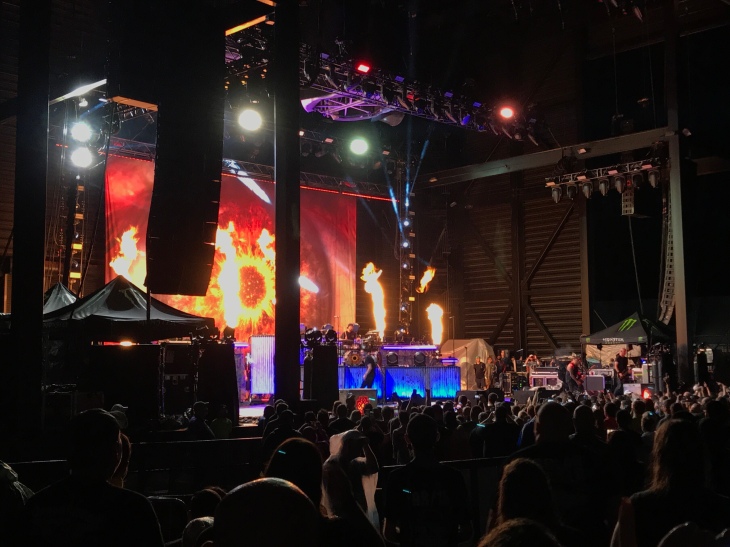 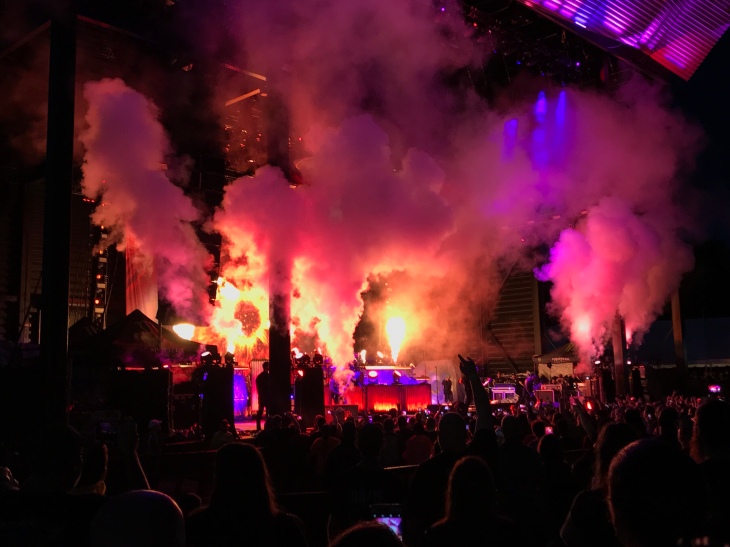 The staging for Five Finger Death Punch took some time to set up. Finally, at approximately 10pm FFDP took to the stage. What I didn’t know is that the venue had a curfew, the show had to be over before 11.30pm. I am sure their set would normally be longer than an hour and a quarter but that is all they were allowed. It was not long enough but they did put on a high energy performance that had the crowd forgetting all about the weather. I plan on seeing the again when I can. 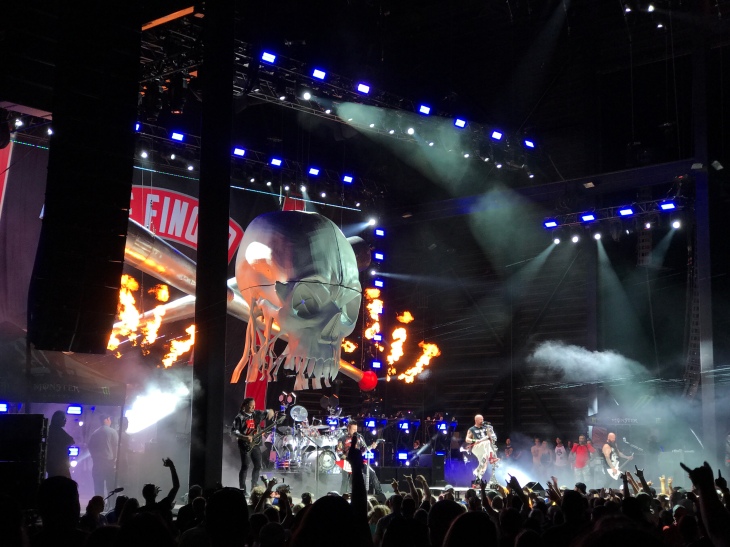 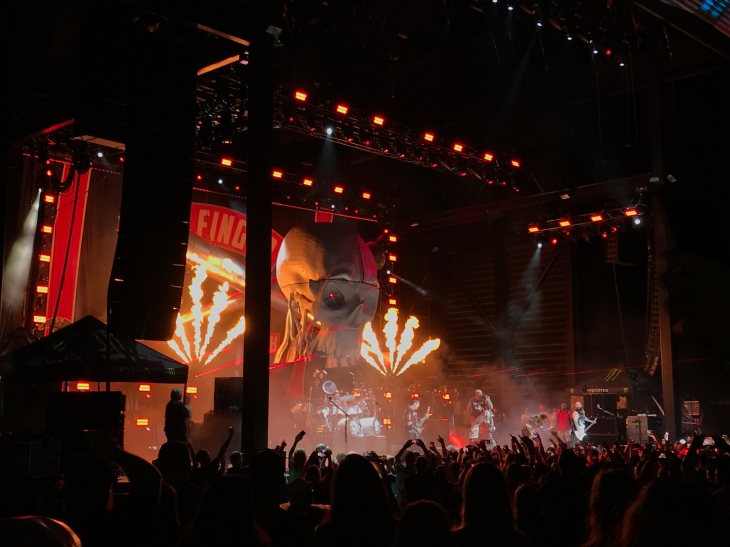 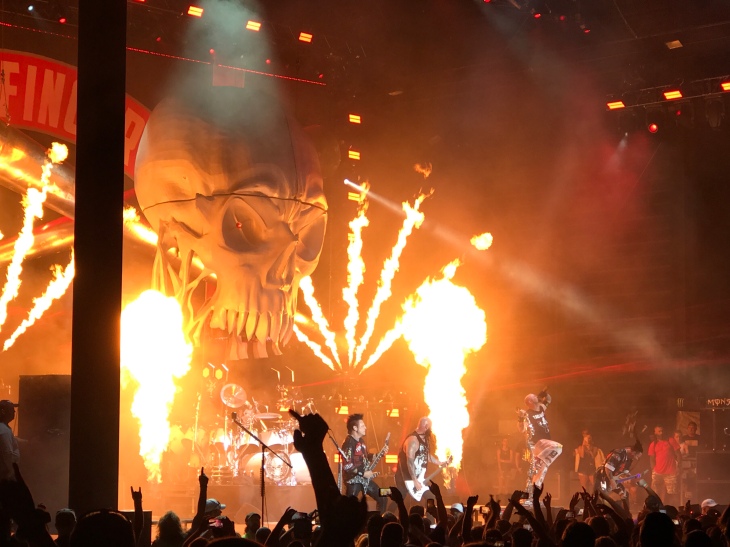 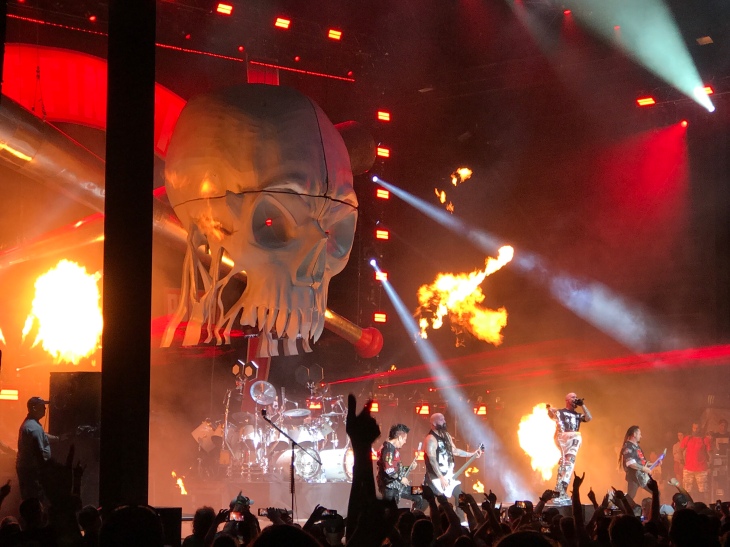 What I learnt from both of these concerts is to check the venue. Outdoor venues may have some advantages but also have disadvantages like weather interruptions. Also, only go if the band you want to see is headlining. The +Live+ concert experience is so much better when they are headlining.

I would go to more concerts in the USA if the opportunity presents itself, so fingers crossed!

The question is not 'where have I been' but 'where haven't I been'. I can guarantee if I haven't been, it's on the list! I am an Aussie who loves to travel and I have currently been to 64 countries over 6 continents with no plans on slowing down anytime soon. I have even undertaken 2 study abroad experiences, a semester in North Carolina at Appalachian State University and two weeks in Tokyo at Seisen University. Also cruised 24 times, so far. Join me as I share my experiences, tips and reviews of all things travel and foreign. View all posts by Melanie Birch-Inwood